Learning and Overcoming Obstacles while Mentoring with Love

After an enriching learning experience from the first mentoring programme called “Mentoring with Love 1.0”, youths from both National University of Singapore (NUS) and Nanyang Technological University (NTU) once again collaborated to arrange for a second round of online mentoring sessions for the children of Tzu Chi care recipients. 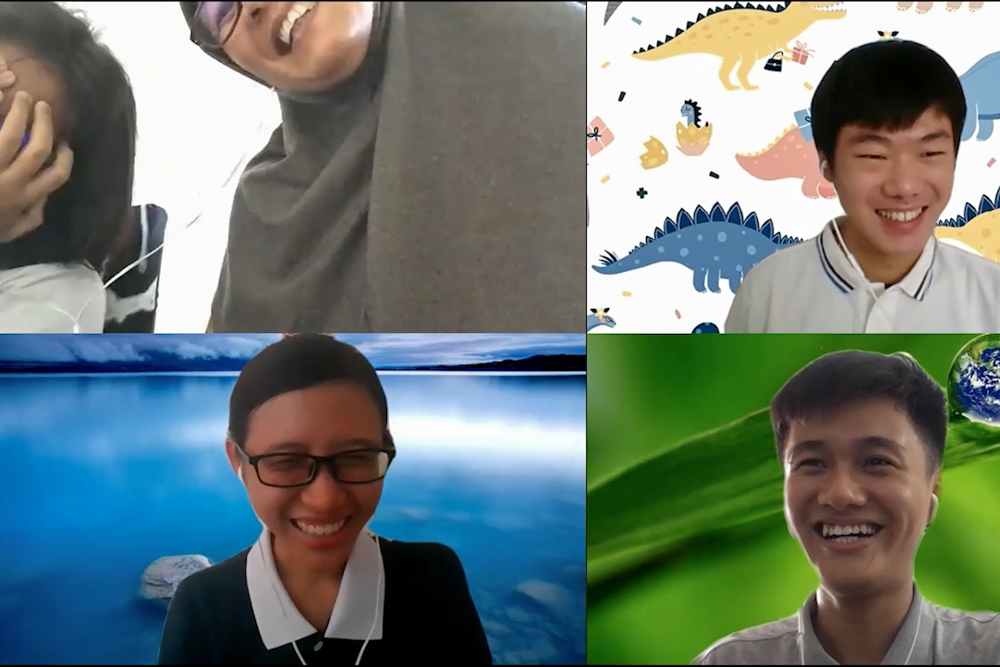 Although Singapore has moved into phase two of reopening after Circuit-Breaker, tertiary institutions in Singapore are still enforcing strict social-distancing measures such as studying from home. National University of Singapore (NUS) students are only allowed to attend lessons within their designated premises and are prohibited from crossing over to other school zones to reduce the risk of infections. However, these restrictions did not deter a group of newly fledged uniformed Tzu Chings (members of Tzu Chi Collegiate Youth Association) in NUS from volunteering and inviting their peers to join the online mentoring programme called “Mentoring with Love 2.0” (MWL 2.0).

Having received many positive feedbacks from children and parents after the first Mentoring with Love programme, youths from Tzu Chi Collegiate Youth Association (Tzu Ching) took 60 days to plan and arrange for a second mentoring programme that was scheduled to commence in August and span over a period of 4 months. Like the first mentoring programme, MWL 2.0 provided “2 to 1” online guidance for care recipients’ children with a pair of mentors helping each child with their studies. Besides placing more emphasis on companionship and instillation of positive values, teachers from Tzu Chi Teacher’s Association were also invited to customize offline activities for individual mentees to help develop their interest in learning.

Apart from challenges arising from the restrictions implemented by the school, many other obstacles such as the familiarity with Primary school syllabus and communication barriers laid ahead for the group of NUS Tzu Chings who are mostly from Indonesia. However, with a stroke of determination and experiences gained from the first edition of “Mentoring with Love”, they once again embark on the four-month long journey together.

Learning while Mentoring with Love

There is a proverb stating, “You are never too old to learn.”

After consulting their respective subject representative, every mentor then began preparing for the online classes with their partner. It was at this stage where many had faced with various difficulties and there was no exception for NUS Tzu Ching, Adhika Shanti, despite it being her second time taking part in this mentoring program.

It was through this process that she had the opportunity to brush up on her second language, English. As English is not her main language of conversation back in Indonesia, this language barrier has inevitably pushed her to put in more effort in researching the proper way to explain certain English vocabulary online so that her mentee would be able to understand and learn.

Adhika also shared, “Finding the appropriate teaching materials such as cloze passages that fit her mentee’s syllabus and settling on the best way to convey the lesson objectives were equally challenging. Sometimes the preparation prior to a lesson can take up to at least 4 hours.”

During the humanistic lessons, Adhika played videos of cartoons that portrayed a moral agenda. One of the videos she played for her mentee was “Inside Out”, a Disney animation of a girl’s internal emotions where she undergoes an emotional rollercoaster.

On a lighter note, there was light-hearted banter where trust and rapport were established between the mentor and the mentee. They occasionally sidetracked and talked about the mentee’s interests, such as the dinosaurs and some other figures of interest. 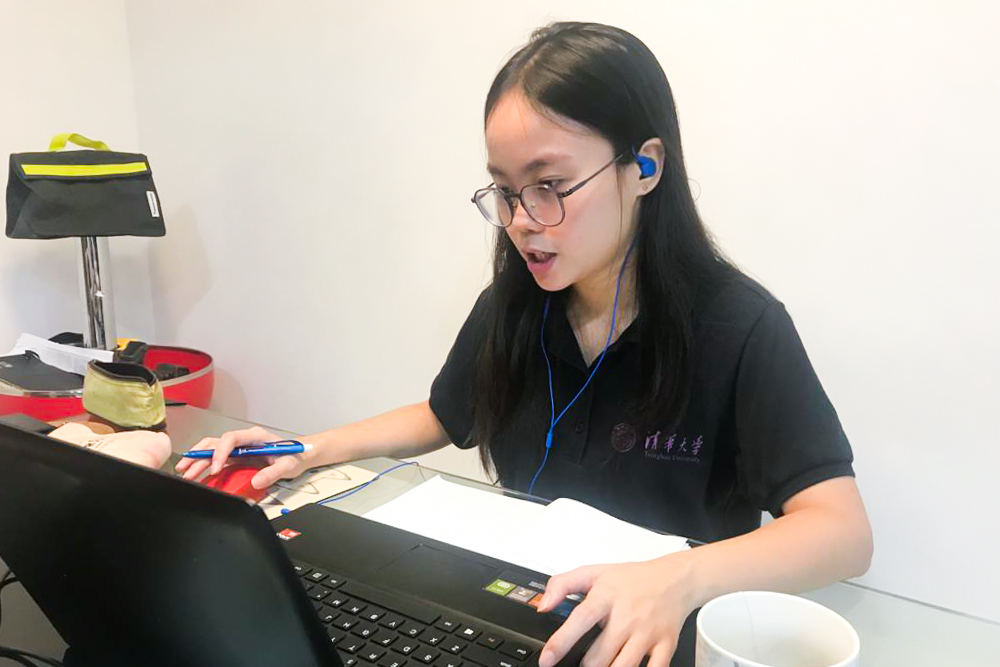 Adhika Shanti is coaching her mentee online during MWL 1.0. (Photo provided by Adhika) 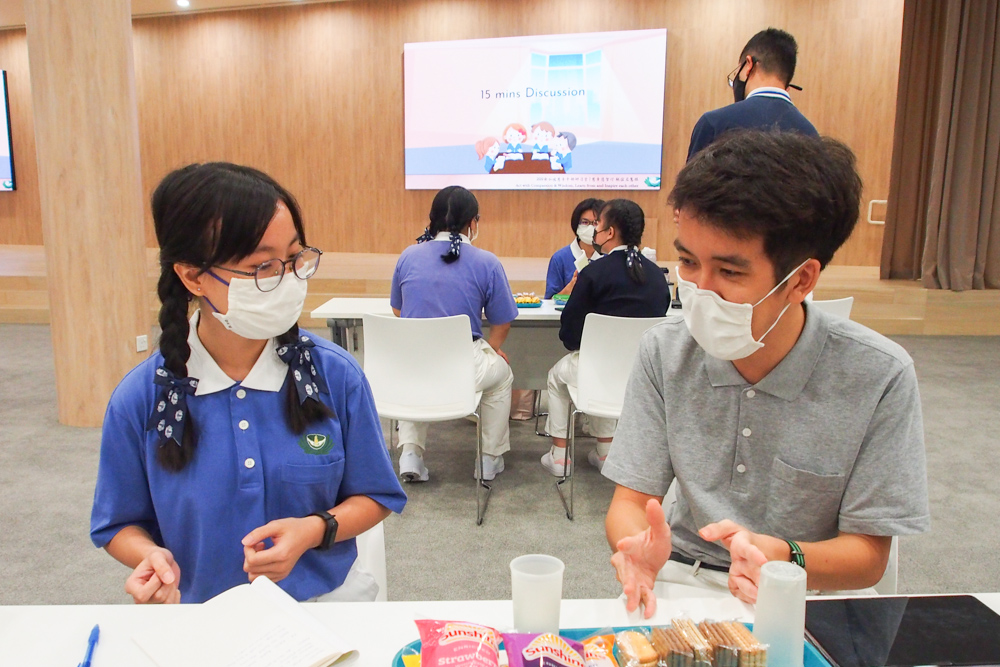 Through the MWL programme, Adhika has brushed up on her English and she was able to converse confidently with other Tzu Chings during the Tzu Ching Leadership Camp, which was conducted mainly in English. (Photo by Christine Yeo)

New to Tzu Ching but not new in learning

There were 15 students from NUS who took part in MWL 2.0. Among them, 8 are from Indonesia and 12 of them have become Tzu Ching in less than 1 year. Despite their busy learning schedule, they decided to spend more time in helping the needy during their home-studying period.

Felix Halim is also a NUS Tzu Ching from Indonesia who participated in MWL 2.0 as a mentor. He shared that his mentee was quite shy and unwilling to show his face at the beginning. However, as the sessions progressed, his mentee slowly let his guard down and was more willing to interact with the mentors.

Felix also shared that the toughest challenge was gauging his mentee’s level of understanding of the topic. To overcome this, they would review the basics of the topic before moving on to address the question the mentee wanted to ask. 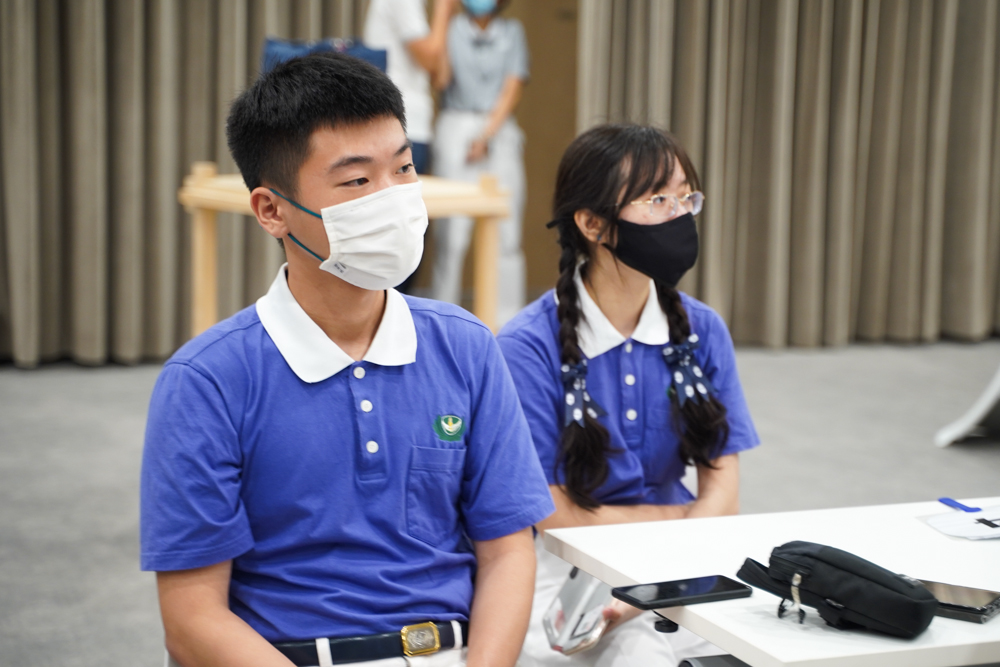 After the four-month journey in MWL 2.0, Felix (left) recently joined the Tzu Ching Leadership Camp to understand more about the visions and missions of Tzu Chi Foundation. (Photo by Ling Ceng Lim)

Other than students from Indonesia, there were also local NUS students who joined the MWL 2.0 programme, one of them was Sanjana, a year 3 biomedical engineering student who is new to Tzu Ching. MWL 2.0 is her first Tzu Chi charity programme. She had been volunteering with Loving Hearts as a one-to-one tutor for about 2 years previously.

She came to know of MWL 2.0 when her friend, Matilda Tan, invited her to join for a good cause. She willingly agreed to it as she was already familiar with volunteering as a tutor and did not mind participating.

Sanjana mentioned about some differences in her experience teaching at Loving Hearts and MWL 2.0. She shared that Loving Hearts was more academic focused while MWL 2.0 has a more holistic approach to education due to the incorporation of humanistic lessons that aimed to build character alongside academic ability.

Also, she found having a partner to work with to be an interesting addition as previously she was teaching one to one. Coming up with the learning materials was also quite an enjoyable process for her. As PSLE was coming soon, they were mainly reviewing questions that the mentee answered wrongly in her preliminary papers.

Besides academic mentorship, they also incorporated humanistic lessons that guide students on how to handle failure, growth mindset, values such as kindness to animals etc., using various mediums such as slides, videos and discussions to facilitate engagement with the mentee.

Upon meeting the mentee for the first time in real life during the home visit, everyone was thrilled and excited. The mentee was as bright and cheerful in ZOOM as she was in real life. This gave the mentors the opportunity to really interact with her and her family. It was a truly heartwarming experience for Sanjana. NUS Tzu Ching from Indonesia has completed MWL 2.0 programme under the guidance of Tzu Ching senior, Tey Yun Lan (first from the left). Dipasukha Edbert (first from the right) is one of the Tzu Chings who enjoyed the home visit session with the family of mentee. (Photo provided by Edbert)

Adapting to changes and communicating well

“It is encouraging to see more NUS Tzu Chings stepping up and taking charge to invite more youths to come on board and join us in this project. However, they must not forget to foster a close-knitted relationship between them and the newcomers,” Tzu Ching senior, Tey Yun Lan acknowledged.

“Mentoring with Love 2.0” not only welcomed youths in NUS to volunteer during their spare time but also enabled them to learn and develop soft skills such as communication and problem-solving. After all, problem-solving skills are not only learned in school but in our daily life and when helping those in need.

“One must overcome difficulties and not be overcome by difficulties” is a Jing Si Aphorism by Dharma Master Cheng Yen that is familiar to many. After this project, NUS youths will certainly be able to overcome challenges better and bring more joy and love to the people around them. 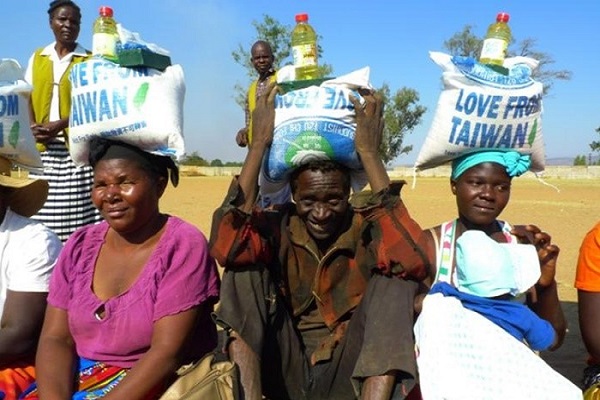 Zimbabwe Volunteers Deliver Aid to the Impoverished in Local Communities

Cooking oil and soap are necessities that many needy locals in Zimbabwe are short of and thus, they greatly treasure these simple items. In September 2019, Tzu Chi volunteers in Zimbabwe distributed aid supplies, including household items to needy...

Ceremony” in recognition of the tireless efforts of 269 individuals and partner organizations. Four volunteers from the Tzu Chi Foundation (Singapore) attended the event and received recognition in five award categories...